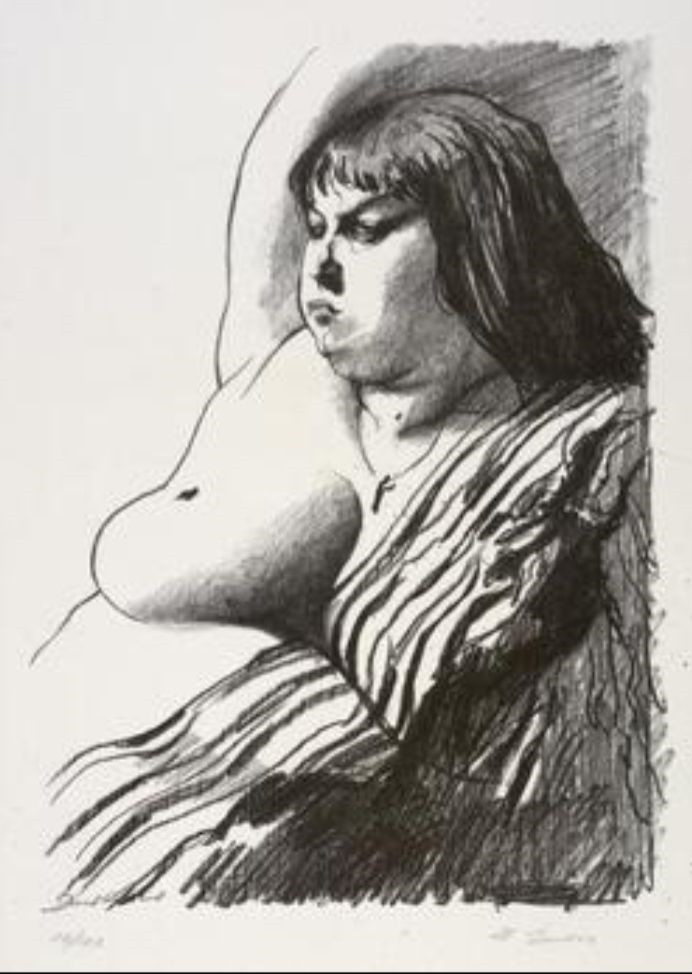 Today, I present to you a rare depiction of the profundity and depth of disgust that I feel for my body. She is shy- not just a little. So be nice. And if you can’t be or act nice, make sure you do not stare too much (that’s rude and she will fold into her thickness) or simply save your comments for when you are not around her (she can snap back if she hears them or cry in front of you, which will be very awkward… for you).

There is no “pretty” way to put this. It is a restless and ugly discomfort that I have been in a tug of war with since I became old enough (some would argue I was too young) to be conscious of beauty and what it means. There really is no pretty way. Can I first admit something? Speaking about my body is fiddly. At least, for me. It must be for you too, right? Not really? Alright, whatever the case, I will do what would make me feel less like pulling all my hair out and hiding behind my three-sizes-too-big abaaya in this moment. So, I’ll just introduce her to you. Maybe when you know each other a little bit more, I’ll unbend enough to speak truthfully.

Her name is Soma. No, not the name you are familiar with. It is also not the town you are probably thinking of. She is named after herself. Literally: Soma* is an english term used to refer to the human body as a clear-cut structure that is separate from the spirit. Hence, Soma is exactly what she is: my body. And, since she does not seem to be changing or going anywhere (and trust me I tried), she remains the same. She is rebellious and does not listen to me. She seems to just want to be however she desires, with no regard or respect toward what my mind wishes for its shell to look like. In essence, she is what she is: Soma.

Although it is apparent that Soma and I have been acquainted from birth, I have only been fully conscious of her existence when I was about six or seven: visitors peering into our shared self and making jokes about how I nudged my twin-sister in the womb and “ate all her food”, family members asked why I was bigger (they still do, bless them!) and then, the biggest slap across the face, society labelled us a funny word: “fat”. Before then, I used to think Barney was fat. I thought pigs and my mom’s pancakes were fat. Not myself. Not anyone else. Here’s the kicker tho: “nga em ni mbaam” and “sa lehxi panketti” were both used several times to describe my body during my pre-teen and teenage years. I agree that juvenescence makes you say stupid things but I think it is harsh for anyone to be introduced to themselves by such harrowing statements and/or observations. You almost never [fully] recover from them. I did not.

I do not like Soma. I do not think I ever will.

Anyway, cheers not to self-acceptance or the twisted body positivity fad people like pushing around, but to ugliness, morbid corpulence, asymmetry and strange streaks!

Misshaped Here, Mangled There;
A Fold Below, Puckers and Tears.
Some Rolls and More Folds,
Queer Qualities of Irregularities Untold.

Meandering Rivers of Skin
Tell Stories of Places She Has Been
And, Where Things Oddly Grow,
She Knows of The Places She Will Go.

Jiggles When She Moves
Or Unwanted Wiggles That She Did Not Choose;
“There’s A War at Soma,” These Words Were True;
She Yells At Herself, “I’ll Kill You and You!”
Ah, This Life Is Such A Ruse
For She Can Only Lose or Lose.

So She Sits Back Into Her Pile of Selves
And Puts Her Poise On A Shelf,
Waiting To Swell Up and Rot
While She Cautiously Makes Love In The Dark and Rut.

Awa Badara Joof is a Gambian blogger and author. She currently works as a Guidance Counselor at SBEC

International, is a Political Science student and the Founder of a non-profit, AfreeCAN.

Awa spends her time exploring the human intricacies and writing about her experiences as a young woman in flash fiction and poetry.

She is looking forward to delving into Psychology and Creative Writing for her Masters Program after she graduates from her Bachelors Program.