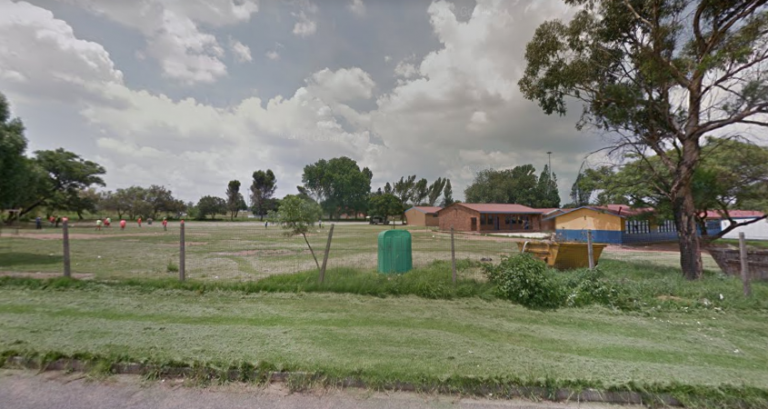 Having spent the last three years in the community of Reiger Park, as a 30-year-old female, from a different ethnic, cultural, and religious background, I have had the beautiful privilege of integrating my understanding of the mindsets and personalities of the people living in this community. These views are simply a reflection of my observations and it in no way claims to be the entirety of anybody else’s opinions. Contrary to what the media have portrayed coloured communities, in this particular case, Reiger Park, to represent, I can clearly state this assembly of beings to be humble, kind, non-racial and extremely accommodating to the various outsiders that are always in and out of the area.

The occurring’s of the cable theft and claims of non-participation on the government’s behalf, has yet again demonstrated a rather salty, yet sweet awakening, mentally, spiritually and emotionally, of the people within Reiger Park.

While observing the movement that is taking place currently. I am compelled to resort to an idea derived from a philosopher named Plato, who created the notion called; “The Allegory of the Cave.” Within this premise, Plato demonstrates how prisoners living in a cave, are attuned to watching shadow figures move along a wall due to projection of a fire burning on the other side of the cave. The shadow figures are an illusion of the actual people moving behind the wall and are in fact, not reality itself. However, the prisoners are fixated on what is happening on the wall and believe with all their might, this to be their true reality. As one of the prisoners are eventually led to turn around, he sees that a fire exists and moves further out to observe that there is something grander and emergent than the fire and the wall. This is represented by the sun, which exhibits the light and source of everything we see and feel.

Plato further explains how we as individuals, exist as the “prisoners”, and every once in a while, certain people turn around to face enlightenment which is a difficult and arduous process, but a journey that must be undertaken. The shadow figures commuting on the wall can be represented by the government, media, and the outside world, that are continuously feeding us false beliefs for their own benefits and ill-begotten and perceived gains.

I believe, with complete conviction, that there are numerous individuals within the community of Reiger Park that not only have I seen with the potential but are actually awakening to these philosophies and are starting to slowly turn their heads, hearts and minds toward the truth and light of reality. I see how men and women in Reiger Park are being pulled towards the reality of love and oneness. I have observed the way they have asked their fellow brothers and sisters, despite being of different race and skin colour, to allow them to assist one another in creating, recovering and enhancing infrastructure, making certain that this fight is not one of race but rather, one of the solidifying and assimilating of humanity as a whole.

Why then, are the media and government so quick to label and record the coloured man and woman as being violent and arrogant, when the contrary has been demonstrated by them over decades? People with power that hold mighty positions within the top sectors are observing passively while the coloured man is struggling with identification of the Self, one of the most prevalent challenges that are seen to be faced within coloured communities for years on end. However, this may not always be the case. Is it not possibly a chronicle that the coloured man has been told for a long period of time, regarding misidentification, for a structural and deliberate purpose?

During my calling that has placed me within this community; I have witnessed the coloured man and woman to display love, compassion and empathy towards every race, illustrating to me, one of the most magical cultures that is always willing to cater and provide hospitality to everyone, open their hearts to life and humanity continuously, despite their voices not always being heard. Is this not an identity of love, forgiveness and grace already strongly established, that does not even need further clarification or definition?

Nonetheless, when people are unceasingly failing to see and avail themselves to the reality of creating false narratives to benefit individuals who crave power and merit for themselves, what then is expected from specific groups of people? How are we then actually making true the histories and tales that we have projected onto certain races without any consideration of further research or simple thought?

As we may not have answers or solutions to all these indigestible equations at present; I am left and reminded with the beautiful concept of Martin Luther King’s six principles of nonviolence described in Stride Towards Freedom:

My optimism and hopefulness bring me to the realisation that in time, many aspects and challenges of our communities will be brought forward and seen within the light and these will not be overcome with race or separated gender, but with the integration of humanity as a whole that will move this country forward.