Hiraeth-(n) a homesickness. Longing for a home to which you cannot return, a home which never was; the nostalgia, the yearning, the grief for the lost places of your past.

I recently came across this word as I was searching for something on the net. When I found out the meaning of this particular word, I felt it had a direct link to my life. I was born in Ethiopia but, for most of my life, I grew up in South Africa. My dad didn’t know much about South Africa before we moved there except that it was an emerging new country and that Nelson Mandela was going to be the president.

My father had arrived before the rest of us made our way there. He didn’t understand much of the English language nor was he able to navigate the changing racism of South Africa, still confronted by boards that read “Whites Only”. When things officially began to change in a new democratic country, we had joined him and our family was reunited.

Ethiopia was a country with old wounds and in constant political conflict. I remember as a child when the war erupted between Ethiopia and Eritrea, my brother was only 17 and had just graduated from high school when he was scouted by the military. Adamant to prevent this, my father decided we needed to move and that is when my sister, brothers and I joined my father in South Africa at the end of 1999.

Before moving to Johannesburg, we had lived in the Eastern Cape in a predominantly coloured community. I attended a private school and my English was not very good either. It was incredibly challenging for me to blend in at school. Often my hair became a centre of attention – “your hair is so long”, “can we touch it”, and even “can we braid it” – and now in hindsight, I relate with the global phenomenal term, “Don’t touch my hair!” I was also “squint” or “cross-eyed” and this made it even harder for me to find my way in the big world that is school. Racism in those years was still very much alive in South Africa and I was finding my way through major transitions. The labels of race had persisted and I was forced to identify with them, namely Black, White, Coloured or Indian. I felt quite lonely in my years in the Eastern Cape. Even though I battled, I found solace in the “gogos”, the grannies and the spirit of the amaXhosa people of that place I had lived in. My Xhosa as well as English was also beginning to improve. The landscape of the Eastern Cape was and is absolutely breath-taking. From the lush earthy green and brown landscapes to the bitter colds. What I loved most was the thriving culture and the extended invites from surrounding families to join their functions from Friday evening until late Sunday afternoons. Even today, I reminisce about the beauty that is the Eastern Cape.

My father wanted to expose us to a bigger city so we relocated to Johannesburg. We moved to a quite (and well known for its Portuguese community) area called Rosettenville, in the South of Johannesburg. I attended a small Portuguese private school which was quite intimate and tucked away. It was in this intimate school that I felt at home. It was here that I met many other students from all over the world, spanning from Africa to Europe and my “broken” English didn’t really matter because we were all from similar backgrounds. It was here that I formed friendships and learnt about the wonderful multiracial and multicultural identities that have existed in South Africa in a very similar way to myself. 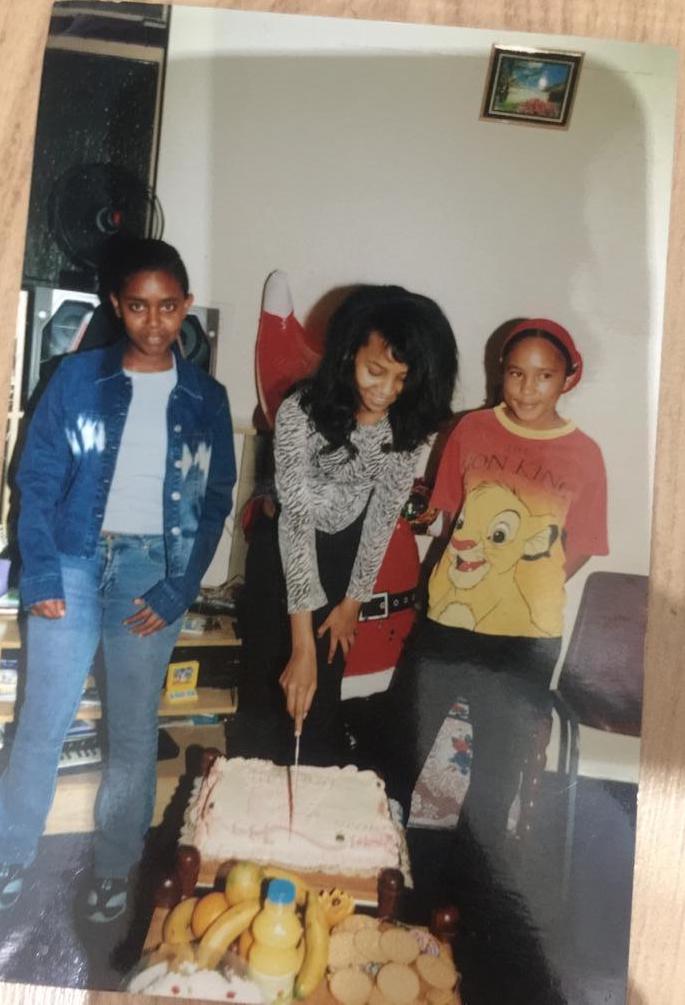 Once I completed high school, I relocated to London, England where I joined my partner at the time. The UK (similarly to South Africa) was a melting pot of nations. The difference with London, as opposed to South Africa, and truly something I only became more aware of once living there was the prevalent nature of “migration” or “migrancy”. I became more conscious of the fact that residents who were not from the UK had to seek asylum in order to live there. The more I familiarised myself as an Ethiopian with the cities, the more I became aware of the organisations that facilitated migrants or newcomers and how they would help these families adapt or assimilate with British culture whilst also preserving their own. I became involved in volunteering with an organisation as an advocate in helping them with forms which specifically dealt with the interpretation of Amharic. I was a kind of anomaly here, for the (somewhat hilarious) reason that I spoke English and many migrants or refugees did not, and I did not have the same experience around “border-crossing”.

Once my relationship with my partner had ended, my world was somewhat in a collapsing state. I was no longer a citizen. I turned to these organisations and they began to assist me with legal help and long-term residency. From someone who had been in the position of helping others (like me) relocate, I had strangely and painfully found myself turning to these very organisational structures. I was no longer allowed to return to South Africa as my documentation was revoked and my residency in the UK had come to a halt. I was afraid at this point and unsure of what would happen next.

The only way to live where I had found myself was to seek asylum as an Ethiopian. How life had changed and how, just how beautifully, Ethiopia, the country I was born in and the home I had not returned to before moving to South Africa, came back to save me in a country that was not my own. Based on my knowledge of Ethiopian politics and my father being a prominent political speaker within government, I had to dig deeper into my own identity in order to stay in the UK. I was forced to understand who I was in relation to my forefather’s ethnic identities, which I had never come across growing up. My father had protected us from the divisions that the Ethiopian government wanted for its people, similar to the ways in which the Apartheid regime did. I had joined an organisation which spoke critically and radically against the government in Ethiopia which opened me up to the political systems in Ethiopia as well as to the rest of Africa. It was here that I met an Ethiopian community who I pray with, eat with, and light a candle within the darkest of times.

I was granted a residential permit in 2018 under the “leave to remain in the UK” so I cannot return to Ethiopia any time soon. It seemed, at the end of this, the only real ties I ever had or have to Ethiopia is my family who are now mostly in South Africa and abroad. I wonder and worry every day about those who are close to me in Ethiopia and South Africa.

Recently, a civil war broke out in Ethiopia and my heart still jumps out of my chest, but then I remember that I am in England, and this is home – for the time being.